The Ultimate Guide to Fire Damage Remediation in Anoka 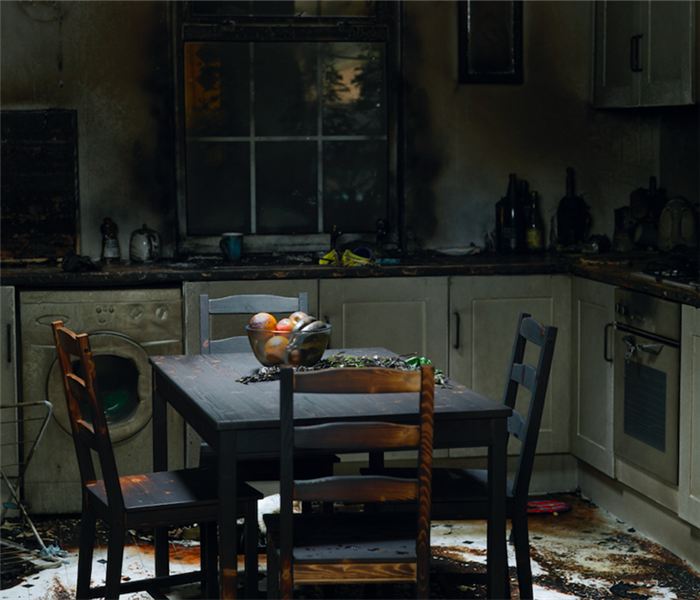 Fire damage can leave a lot of residue and smoke odors. Call the professionals at SERVPRO today for remediation assistance.

Tips for Eliminating Odors After Fire Damage in an Anoka Home

The flames of a fire can cause irreversible harm to the structural materials and personal items in your property. However, the destructive power of fires extends beyond the flames themselves. After extinguishing a fire, the potential for damage is still present because lingering by-products of the fire can harm your property and possessions. The particles of smoke attach themselves to surfaces and become embedded in porous materials such as carpeting, clothing, and paint.

Odors also accompany the smoke and they can linger in your property for many days, weeks or months, compromising indoor air quality and the health of the occupants. If your Anoka residence has fire damage, it is also critical to take immediate action to remove the smoke and its odor. Some things you can do to remove smoke odors from your house include:

Odors may still linger after taking the steps above because smoke particles require specialized cleaning methods. You can enlist professional odor removal services from SERVPRO. Our Odor Control Technicians (OCTs) have the equipment and expertise to clean up the affected structures and contents and eliminate smoke odors. Soot from a fire can contain chemicals and acids that can destroy fabrics further. We can use heavy duty vacuums to remove soot from floors and walls to prevent it from staining or damaging the structures further.

To deal with smoke odors, we can spray deodorizing agents directly onto visible smoke residues. These agents form a barrier that stops or minimizes the evaporation process, preventing odors from transforming into a vapor. The vapor is what you smell. If odor particles are already in the air, our technicians can block them using deodorant vapors or counteragents because they comprise a stronger, more pleasing odor that overcomes smoke scents.

When in need of smoke odor removal services in your property, call SERVPRO of Coon Rapids / Central Anoka County at (763) 712-9712 for help. We can eradicate the odor to make it “Like it never even happened.”